Jesslee skyrocketed to national recognition after turning both Blake Shelton’s, and Kelly Clarkson’s chairs on NBC’s The Voice. Having appeared on national television 5 times and exiting the show at what is now being called “the perfect time” by her team, Jesslee has turned the momentum of the show into an incredible jump-start to her already fast rising career.

Since her appearance on the national television show, Jesslee has shared the stage along side notable artists including Thomas Rhett, Dierks Bentley, Cole Swindell, Cam, Kane Brown, LOCASH, RaeLynn, Uncle Kracker, Wynonna Judd, Joe Nichols, Thompson Square, Parmalee, Cassadee Pope, Craig Campbell, and countless others. JessLee aggressively tours both in the United States and internationally headlining and appearing on festivals in France, Spain and Denmark, while playing some of the BIGGEST main stages in the American country music scene. Stages like Country Fest in Cadott,WI, a headlining sold out slot at Freedom Fest at the Port St Lucie, Florida Civic Center, and the legendary Eddies Attic in Atlanta, GA are a few of the capacity or near capacity shows recently on Jesslee’s calendar.

Jesslee continues to set records as an indie artist. She has already seen unprecedented success on social media having eclipsed over 15 million video views in only 3.5 months! She has reached 46 Million + ORGANIC impressions with 16.1 Million + reactions in fewer than 28 days at the end of 2020 into January 2021. Jesslee is currently outpacing almost ALL female baby acts at major labels with her engagement vs like percentage. JessLee has appeared as a feature on CMT, and has astoundingly charted 45 weeks in 2019 and 2020 on Apple Music’s “Country Hot Tracks”!

2021 is looking like a breakout year for Jesslee. With several HUGE festivals and international dates already on the books, Jesslee has been touted as the “Changing of the guard” ushering in a new era of powerful female vocalists. Trace Adkins said of “Jesslee, “I like female vocals that are just powerful just pow sit you back in your seat.“ Kelly Clarkson had similar things to say about Jesslee. She was quoted as saying, “Jesslee is amazing, she is a phenomenal singer”. Jesslee’s manager, Steve Virginia, a 15 year music industry veteran, said, “Jesslee is flat out the best female vocalist I have ever heard live! No offense to Carrie, Martina or any of the other iconic female singers” (as he chuckled). Her power and grip on her craft is unparalleled–coupled with the fact that she is one of the best writers in town… mark my words, Jesslee is a game changer.” 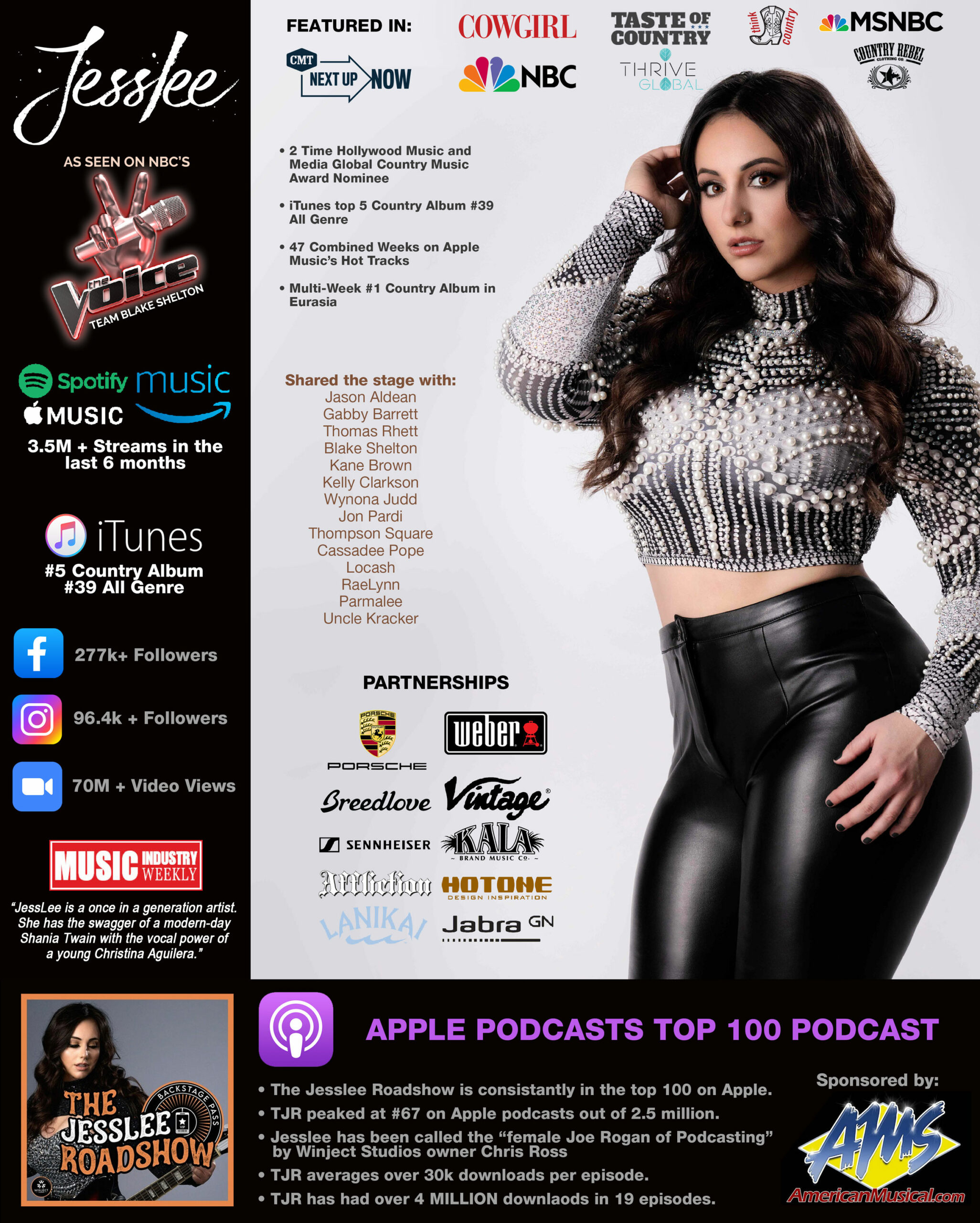